Germany dominated the first half thanks to goals from Stindl ('5) and Draxler ('44 on penalty). Leading 2-1 at the break, the Germans further widened their lead in the second period with a goal by Goretzka in the 48th minute.

The result put the Germans second in Group B with 3 points. In their next game, Germany will meet group leaders Chile at the Fisht Olympic Stadium on June 22, while Australia will face Cameroon.

Fixtures and Results : Group B

Australia at the Confederations Cup

Germany at the Confederations Cup 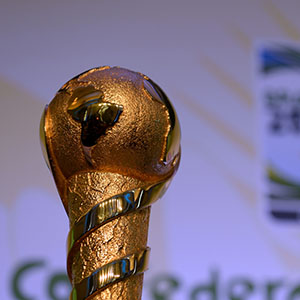 Read on to know more on the history and origin of the FIFA Confederations Cup.